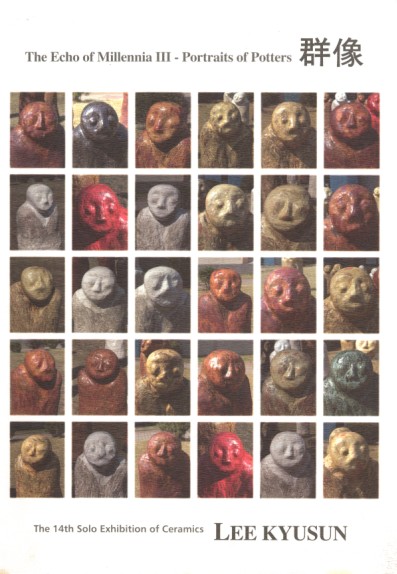 The activities, fundamentally that requiring the creativity, always pursue something new. The old thus becomes what to be renewed, and it must be the destiny of the artists to create the new. But the old, though it is neither claimed to stand or is nor put in front, always tent to be reflected in artists’ works. I have read an exhibition catalogue of Kyusun Lee, Korean ceramicist and it is his 14th solo exhibition held in Seoul, Korea in 2007. In his pieces, I found that he not only future-oriented but also incorporated the past. 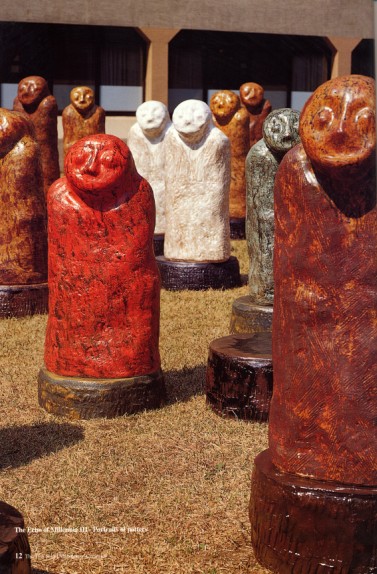 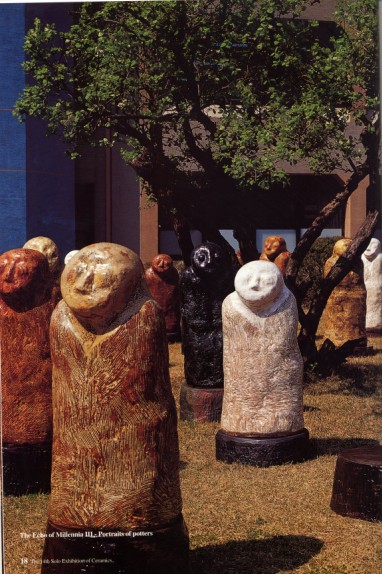 What the artist has shown in this exhibition are self-portraits. It is the portrait of the artist himself and all potters in the past, and moreover all the creators yesterday who brought us here. He also presented an image of a person who has spent his whole life with the clay and who will be doing the same tomorrow. He expects the portrait would be the face of those who once lived or are living or will be living. Particularly he wanted them to be the faces of the potters who look very much like the characters of clay.

The self-portrait named “the echo of the millennia” is much alike as a whole, rather than using a way of fine trimming, exaggerating the part of the body or giving a dynamic accent. Each figure has a very similar expression and appearance, even a roughness of their surface treated with similar kind. The figures may look as if it is a single work or a lump, like a Burghers of Calais by Auguste Rodin. 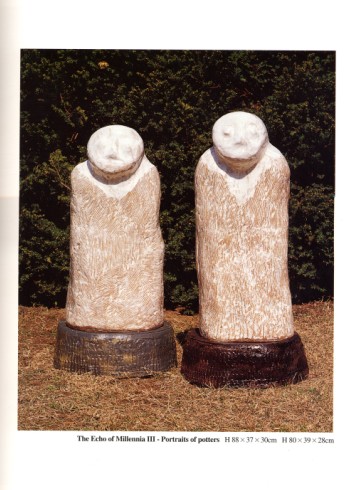 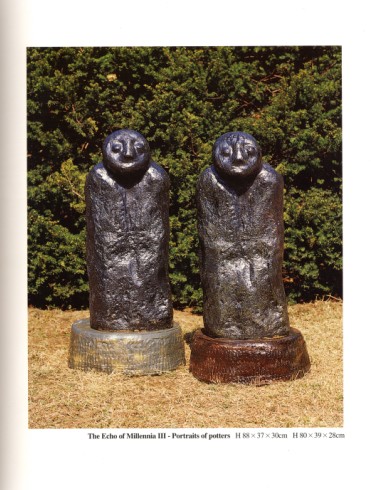 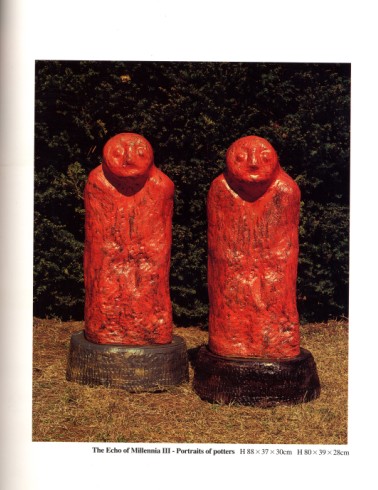 Seeing the figures one by one, however, they have their own look and gestures despite of their similarity. Probably, a combination of the whole and the part, and the dialectic that is a Gestalt psychological consideration seems to be contained in the work. The artist appears to have focused its work on individual distinguishing in a similar interconnection.

Viewing the characters of the works which the artist presented as his face that look similar with clay, I thought we come to roughly understand what he is eager to say and what the faces he considers as his or ours are. The way he is doing the work, making a similar flow as a whole and giving an expression to each face, provides us a clue that what the artist really wants to show in the exhibition. Through the similarity as a whole, seems to represent the spiritual interconnection that we have inherited, like a life flowing into the nature, the character of the people who have been living with clay. And he seems to have organized the differences in creativity through their facial expression and gesture. Thus, the message he wants to give us is the universality of the life and the appearance that will be born or given through the clay. After all, the former life symbolizes the originality of the life granted as a creature, and the latter life given through the clay represents the life which the artist has created, that is, the work. In conclusion, the images proposed by him are the creature of the creator or the face of those creating the work. I think this led him to name his work the echo of millennia and subtitled as self-portrait. 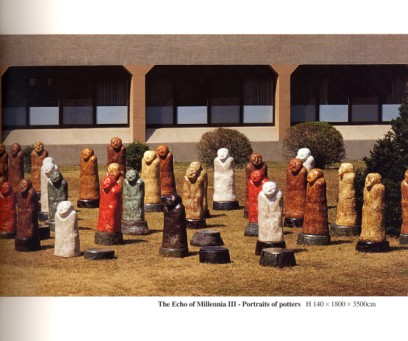