Performance art is an ephemeral thing: if you weren't there when it happened, well, too bad for you.  Sure, you might see pictures (stills) that would give you an idea of what the actors and staging looked like, but it isn't the same as experiencing the performance.  You can't hear the audience's reactions, the music or sounds that might go with the performance.  In the past, this was just a part of performance art: either you were there or you weren't.  In the 21st Century, this might not be the case.

Inexpensive video recording equipment has changed this.  Now a performance can be recorded easily and archived.  It may not have the same vibe as the original performance, but it would be possible to have a greater understanding of the art and the performance that wouldn't have been possible before.

Are some of the videos posted on YouTube performance art?  They have been "performed" and they are recorded as such for the public to see. Are the recordings of performance art just that, recordings, or are they a different art form all together?


Flash mob performances?  They sound like performance art to me, but the public usually gets to know them only when some cell phone video goes viral online.  Has the quick ability to record performance art changed the art form?  I would say that these kinds of performances are staged, knowing that someone will sooner or later pull out a cell phone and start recording what is going on.  This is art that is staged not only for the available audience, but also performed in a location where it will recorded and posted online.  In the above video, at about 1:50, you see a guy with a video camera watching the action (or lack there of..)  Now this video was produced by an inprov group that stages this type of performance art.  They have someone, and probably more than one person, that records the performance. 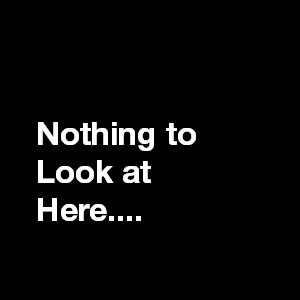 Evidently there are some people that think that recording a performance art performance changes it into something else.  Tino Sehgal, a performance artist from Berlin, refuses to allow any documentation of his performances to take place; no video, photographs, nothing.  If you don't see them in the museums when they are performed, well, better luck next time.  The artist Mr. Sehgal relies on word of mouth to bring people in to see his art.  By changing the context of where performance art might normally be seen, as in museums, he seems to be equating performance art with fine art.  By not allowing it to be recorded, the artwork must be personally seen to be appreciated.

Mr. Sehgal staged his performances at the Guggenheim, just like Marina Abramović.  The only difference was that Mr. Sehgal's performances were not visually recorded.  Does this make the works of Mr. Sehgal any less important or interesting that those of Abramović?  I appreciate being able to call up artwork on the Internet and gain some understanding of an artwork I am not able to visit in person.  This experience is no way a substitute for first-hand observation of art, but it does allow me to experience a performance piece that I may not have been able to attend.  Watching a video of a performance piece might be better than not having seen it at all, but I am sure that something is lost in the change of context.  Context seems to be the missing factor.